2021 was a taxing year, especially living in Auckland.  Due to Covid, I have had to cancel several holidays, including trips to Christchurch and Brisbane.  I was able to bank all my leave into one long Christmas break.  I was able to spend 5 weeks in Marlborough in which I was able to do a bit of family research.  I spent most of my time at our family batch in Anakoha Bay.

My father had an accident involving a saw bench and was air lifted to Nelson Hospital between Christmas day and New Year’s Day.  As a result, I had three trips to Nelson as part of his checkups and was able to visit the Wakapuaka cemetery for some relatives that are buried there.  I did not have any specific research to do first visiting the cemetery, however after some digging, refined exactly what I was looking for.  Hopefully, I have all I need from the cemetery.

As my main focus turned to who was buried in Wakapuaka Cemetery, this led me to the family of Lena Walker, sister to Wiremu Waaka, my great, great grandfather.  Her part in history has some interesting stories and also leaves some questions.  From her early marriage, children, second marriage and early death. 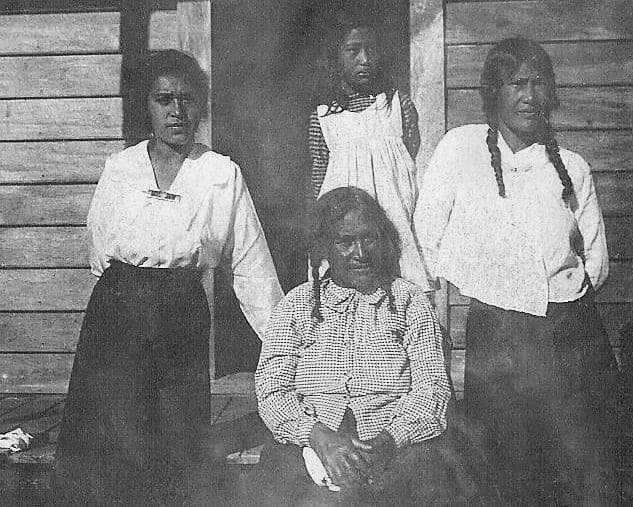 It seems that Whawhenga split from John and remarried in 1931 to Henry William Harrison.  It is not known why she had split or why she quickly married.  It is believed that the children went with John and not with Whawhenga.

It was only 6 months after her marriage when Whawhenga died.  She was only 34 years old and died on 2nd June 1932.  It is not known what she died of but it was of an injury or illness as she died in Nelson Hospital.

Whawhenga is the younger sister of Wiremu Waaka, and the leftmost figure in this photo.  She was born on 3rd August 1898 (or 1896 according to ancestry trees), in Okoha to parents Teimi(James) and Ina Waaka (nee Hemi).  This information does not appear to be in the BDM (births, deaths, and marriages) records.

Whawhenga went by Lena as her European name, and it seems like she was known as Lena during most of her life.

At the age of 16 or 17 she married John Parkin Brough in 1914.  John was 33 at the time.  This information is from other trees on Ancestry and there is no date for this wedding, and I cannot find a record for it in the BDM records. 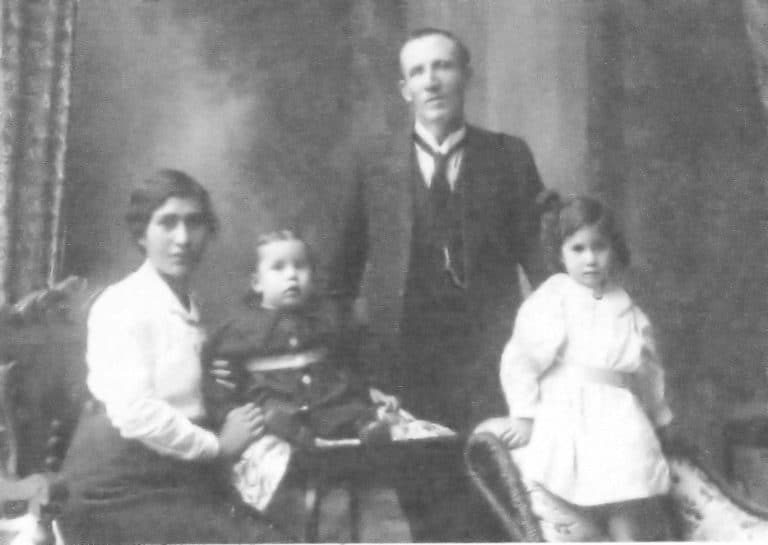 Whawhenga was buried in Wakapuaka Cemetery in the Roman Catholic block.  It was late in my research finding that Lena was buried in this cemetery.  It was due to not being able to find her using the name Whawhenga or Brough.  She was known as Lena Harrison at the time and that is what her records show in the Nelson Cemeteries index.  It seems strange that she is in the Roman Catholic block as she is the only relative in that part of the cemetery.  Finding her grave on Findagrave.com it was thought that she did not have a headstone, however when we visited it there was a headstone there.  There was also some bark on the ground, which had fallen off the tree relating to her.

John Parkin Brough was born on 21st January 1881 in Ballarat, Australia to James Henry and Jane Ann Brough (nee Dixon).  From my research, John moved to New Zealand with his two brothers Henry and Albert.  I am not sure how he met Whawhenga or what he did at the time.

Henry, John’s brother, got married in 1904 on the West Coast to Hellen Morrison.  They had three children, Alfred, John, and Vivienne. Henrry died around 18th May 1914 and is buried in Orowaiti Middle Cemetery on the west coast.  Hellen remarried in 1918 to Thomas Adam Green and had no further children.  Unfortunately, Hellen died 2 years later, on 20th September 1920.  I am not sure if they are buried together but Helen is also buried in the Orowaiti Middle Cemetery.

Back to John, he has a census record recording his residence in Deep Creek for 1925.  He is described as a miner in the record and there is no indication that the family is living with him at this time.  It is assumed that he had split from Whawhenga at this stage.  This is also the same year that his youngest son Thomas Balfour is born.

Unfortunately, John died 2 years after Whawhenga on 6th December 1936.  It does not appear that he remarried during this time and had moved from Nelson to Marlborough during this time.  He is buried in an unmarked grave at the Deep Creek Cemetery.  I think it will be very hard to find his grave at this cemetery, however it is recorded as plot 32. 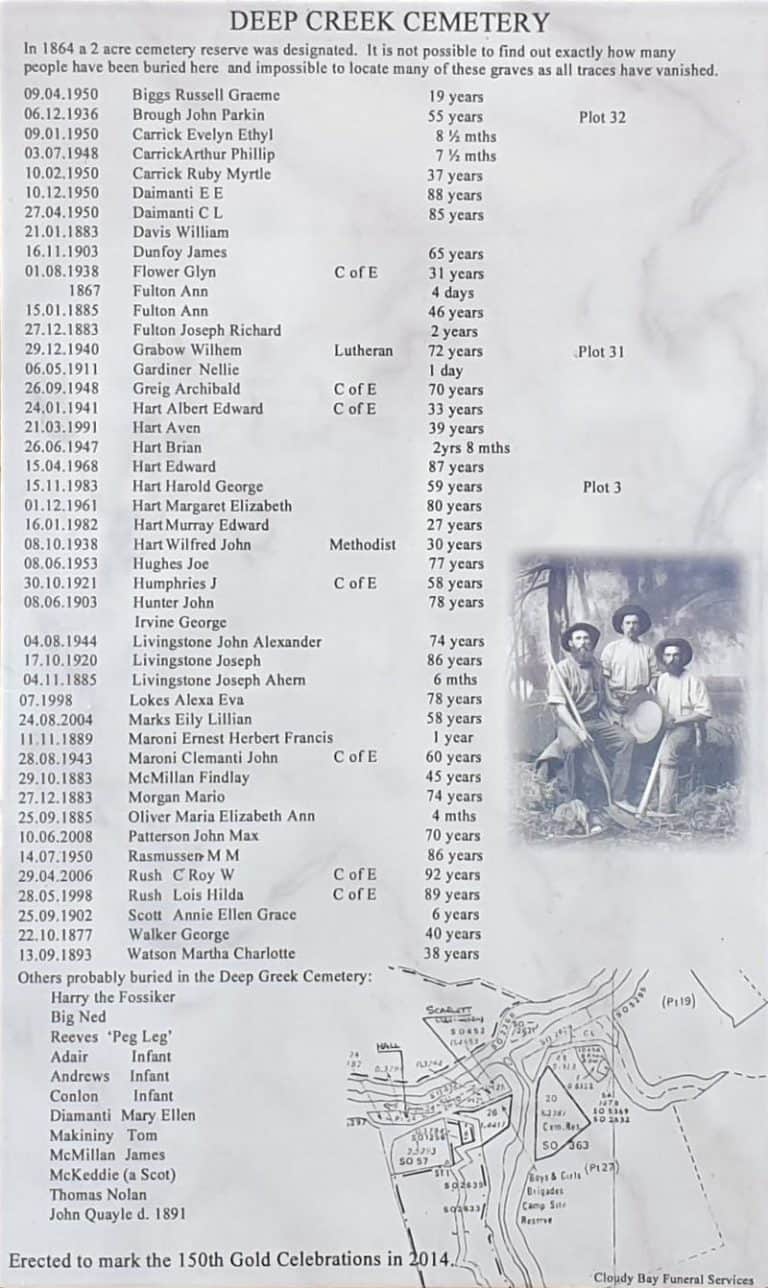 He married Marie Ester Hodson in 1935, in Nelson, then moved to Marlborough at some stage after that. Henry joined the military becoming a Staff Sergeant.

Henry died on 19th of September 1988 and is buried in the RSA section at Fairhall Cemetery. 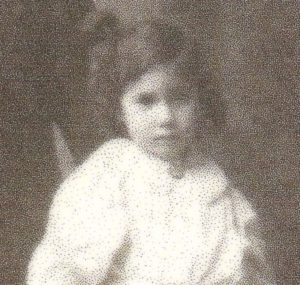 Hilda May Brough was the first child of John and Lena Brough.  She was born 6th February 1915.  At this stage she is described as born in Pelorus, however this is most likely at Okoha.

It is not known when Hilda May married George Martin Humphrey, however her first child was born when she was sixteen.  This was Mavis Doreen, born on 10th September 1931 in Otaki.  George was also a Cootes on his mother’s side where his maternal grandmother was Sarah Kathleen Cootes

She had fifteen children, which I will need to continue researching at a later stage.

It looks like Hilda May was living in Otaki from when she was sixteen, however it appears that she also spent some time in Hinakura showing on a census record for 1954, however the birth of her children around the time could also indicate that she moved there around 1948-49.

Hilda May died on 30th November 1961 in Featherston, in which she is buried with her husband and two of her children. 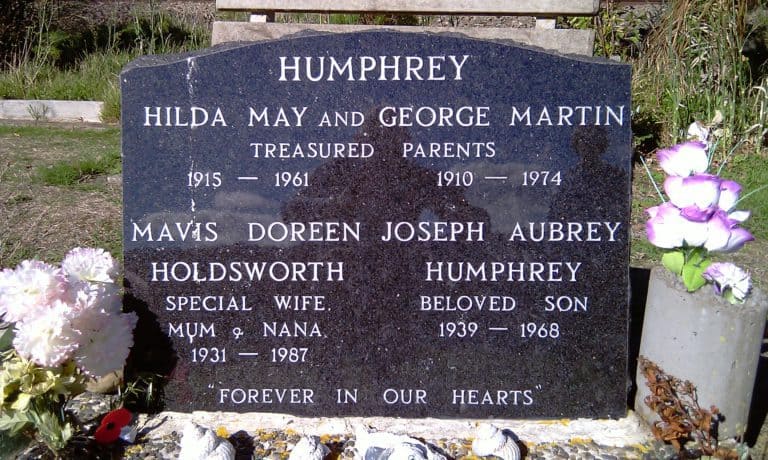 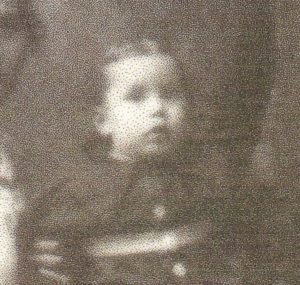 William John Brough was born 6th April 1917 in what is assumed to be Okoha, like his older sister.

William married Polly Cootes, who was sister of Hapi Cootes, and cousin to Hilda Mays husband George. I am not sure when if they married, I cannot find any record of that, however Polly died at the age of 31 on 8th September 1943.  William was 26 at the time.

It is also not known what William did during his life, only that he died at the age of 63 in 1980 in Auckland.  I am unable to find any record of his burial.  I am not sure if he got remarried. 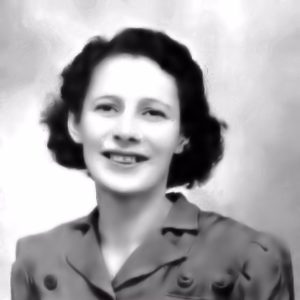 Mary Unaiki Brough was born on 27th December 1918 in Okoha.

She married George Vivian Linton in 1935 in what is assumed to be Nelson when Mary was seventeen.  She had 2 children, Robert George, and Cornelius.  Unfortunately, Robert died at the age of 1 in 1938.  Cornelius was born in 1938 and lived until 2016.

Mary died at the age of 25 on 22nd October 1944 in Christchurch.  She is buried in the Linton family plot alongside her mother-in-law Mary, and her first born Robert. Mary’s husband George and his second wife are also buried in this plot 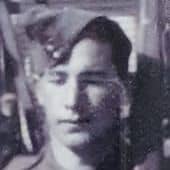 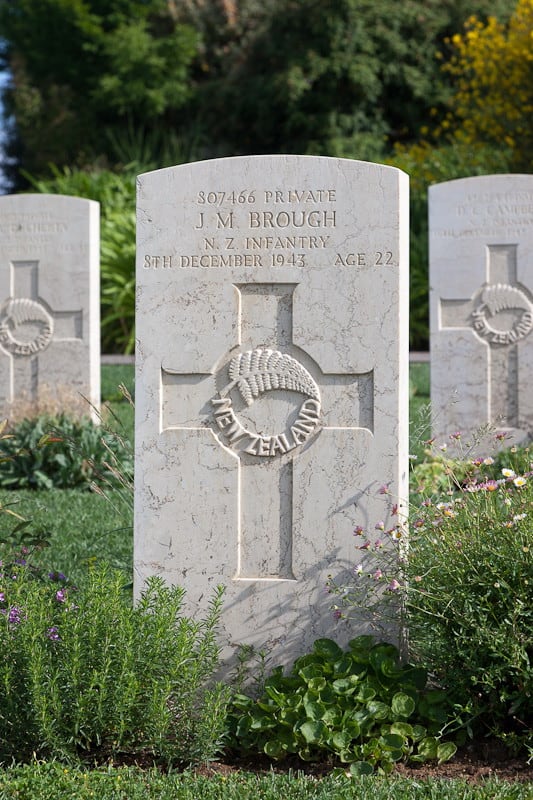 John Michael Brough was born 21st February 1921 in Nelson.  It appears that John is the first child not born in Okoha.

John Michael had a child to Kathleen Bridget Brown, who was named John Michael, born 4th March 1941.  This seemed like an unwanted pregnancy and the child went with his mother.  John Michael (junior) was raised by Kathleen and her first husband, John William Ruston, and was brought up thinking that he was a Ruston.  Until only recently,  John Michael Ruston did a DNA test and found that he was not related to his father John Ruston.  It was only found after John Michael’s death that his father was John Michael Brough.

John Michael Brough married Margaret Rennie Howard on 14th March 1942, and had one child with her, Richard John Brough.  Richard was the Brough who contacted the children of John Michael and was able to fill in their family history.  Unfortunately, Richard died 9th December 2020.

John Michael Brough was drafted for World War 2 and died in Italy on 8th December 1943.

Unfortunately, not much is known about Pauline, I cannot find any photos or any details about her.  She died at the age of 15 on 3rd of February 1939.  She is buried in a plot on her own in Wakapuaka cemetery. 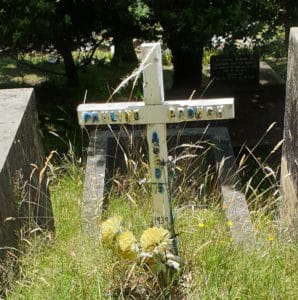 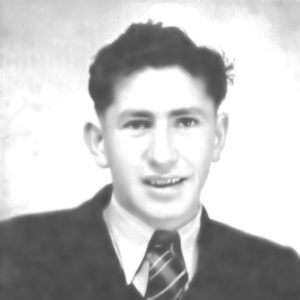 Thomas became a carpenter from his census records.

Thomas died at the age of 83 on the 20th of February 2009.  He was cremated and buried at Wakapuaka Cemetery.

It was great finding out about these relatives and searching for their headstones in Wakapuaka Cemetery.  This part of the family is plagued with many early deaths, which askes more questions about how they died.

Also, there are some questions around Whawhenga and Johns split, this was around their last child, and was she having an affair at the time.

There is a bit of a triangle between John Michael Brough with Margaret Rennie Howard and Johns younger brother Thomas Balfour Brough.  I assume that Margaret was looking for someone to look after their child after Johns Death, and someone within the family probably seemed like a good idea.  It looked like that worked, as Margaret and Thomas had more children.

There is also the Ruston link here which is a bit tragic.  I don’t think John Michael Ruston ever found out about his real father; however, it is great to know that his children were able to discuss their father’s real family with his half-brother Richard John Michael Brough before he died in 2020.

There is also an interesting link here with the Linton family through Mary Unaiki Brough which have many graves in Wakapuaka Cemetery.  I will look at doing a post on them when I have more time.