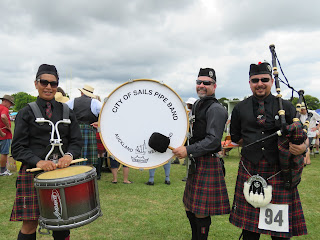 Great day at Waipu, we visited the Cameron tent when we got to the grounds, and Dad decided to do the morning march through the town centre (@ 9:30) while Mum and I warmed up for the first drumming events. 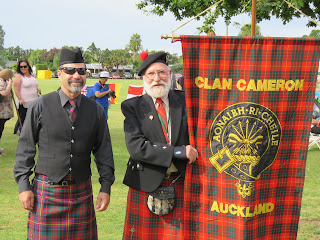 Mums first event was at 9:30 which was the 2/4 march, there were only 2 competitors so the next event, 4/4 march was soon after. 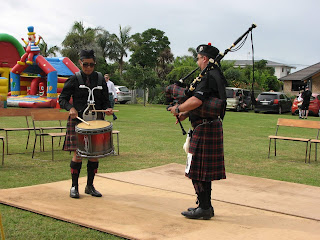 I competed in the 2/4 march before Dads competition on the open bass.  The open required an MSR (March, Strathspey, and Reel), so we played 79th Farewell to Gibraltar, Dorrator Bridge, and the Sound of Sleet. 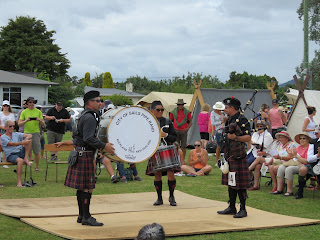 Mum won both her events and if she had competed in the 6/8 march event she would have won the most points overall for D grade. 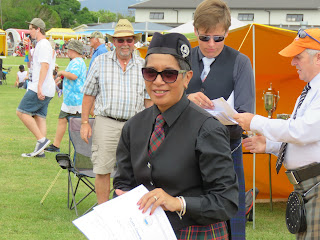 Dad got 3rd in the open bass 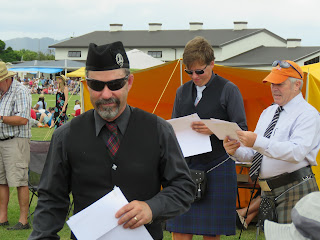 Warming up for the massed bands for the opening ceremony.  Usual massed band tunes, Green Hills of Tyrol, When the Battles O’er, Scotland the Brave, the Barron Rocks of Aden, Flower of Scotland, and some strathspeys for the dancers, Orange and Blue and Tail Toddle. 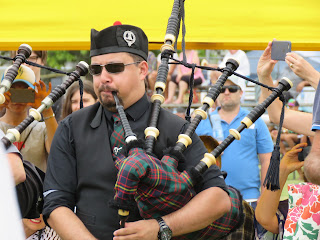