Skip to content
It was a busy day arriving at 7:30am to help put up the Clan Cameron Tent 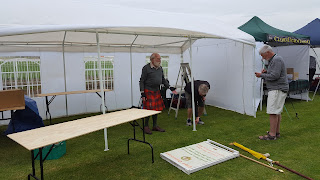 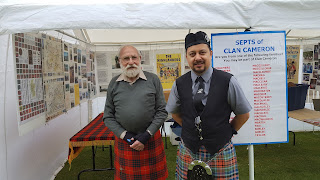 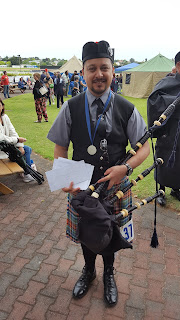 The afternoon had the band competition which started with the march past at 1:00pm.  This was very short only getting through the first tune.  The grade 4 band was first off for the street march and lead the way for the other bands. 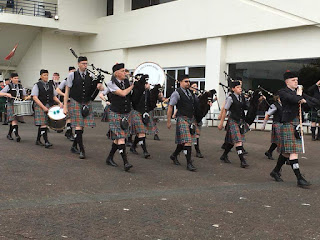 I was also temporarily promoted to the grade 3 band for their march past, shown in the below photo. 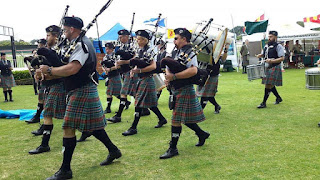 Competition was the set and medley during the afternoon.  The weather did not make this easy but I think we did ok overall as a band and have improved significantly since last year. 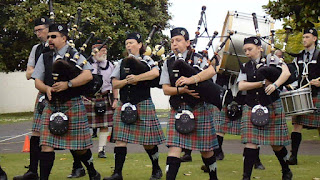 4:30 was the massed bands which marched past the front of the stands and back again to 100 pipers. 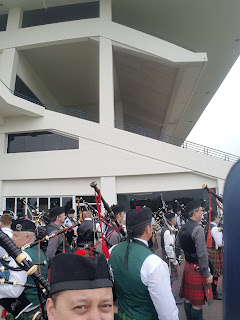 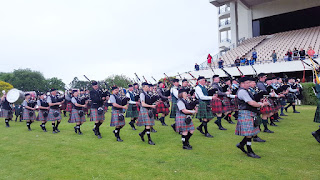 Pretty knackered by this stage and welcomed a nice cold beer from the Ellerslie Event Centre Bar. 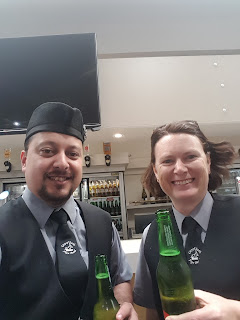