The Pipe band season has been brought to an end with the completion of another years National Championships held in Hastings.  It has been a rough year for the Napier/Hasting region as they have had many gathering cancelled lately due to the uncertain nature of the COVID-19 lockdowns.  The lockdowns, which have been more severe in Auckland has also impacted the bands ability to prepare for such a competition.  This year I competed with City of Sails Pipe band, which was also to be the host of the Auckland Regional Competition.  The regionals were cancelled, just hours before due to Auckland’s last level 3 lockdown.  The lockdown also affected the Central North Island competition, and due to the uncertainty of the situation this was also cancelled.  This meant that the band had only one competition for the season before going to the nationals.  The pipe major was very nearly going to pull the plug on the nationals as well, the band practices had previously lost momentum as the members were asked to stay home during level 3.

Many of us heading down to Hastings on Wednesday 17th March, had a look around and got used to the hotel.  We had a practice at the Mitre 10 park on Thursday to get used to the conditions.  The weather was cold and overcast which was not expected to change for the competition.

The build up to the competition on Friday was relaxed, there was no pressure, and although there were a couple of pre performance issues, the performance did feel like just another practice.  Still cold and overcast, we had to warm up on the concrete.  There was a lot of moisture in the air which did make things difficult on the pipes.  There were some anxiety issues during the performances, not helped by the weather and temperature, but it was the same for all the bands performing on the day.  Overall the band put out a good performance which netted a third overall result in the grade. 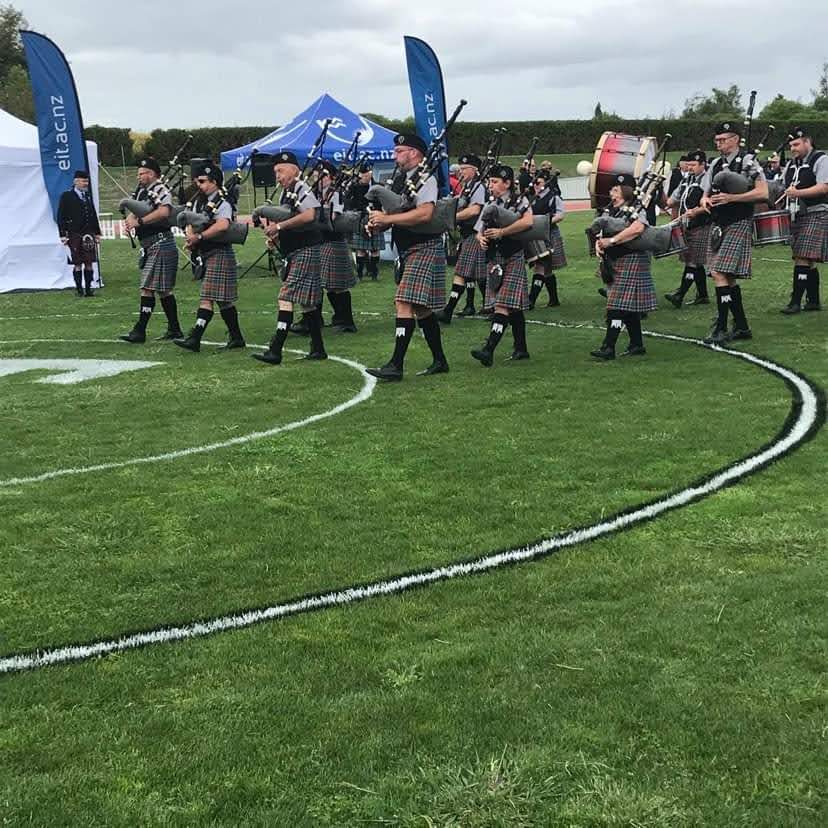 We had an hour or so before driving to the start of the street march which was in Napier.  The sun was out and it was a bit easier to play the pipes under these conditions.  The build up was different to previous years, with a filtering system close to the start. Each band heading to the start would move periodically down the street following the previous band.  There was a crowd there as well.  There were many practiced starts under pressure, and by the time the band reached the march off point, we were all ready to go. 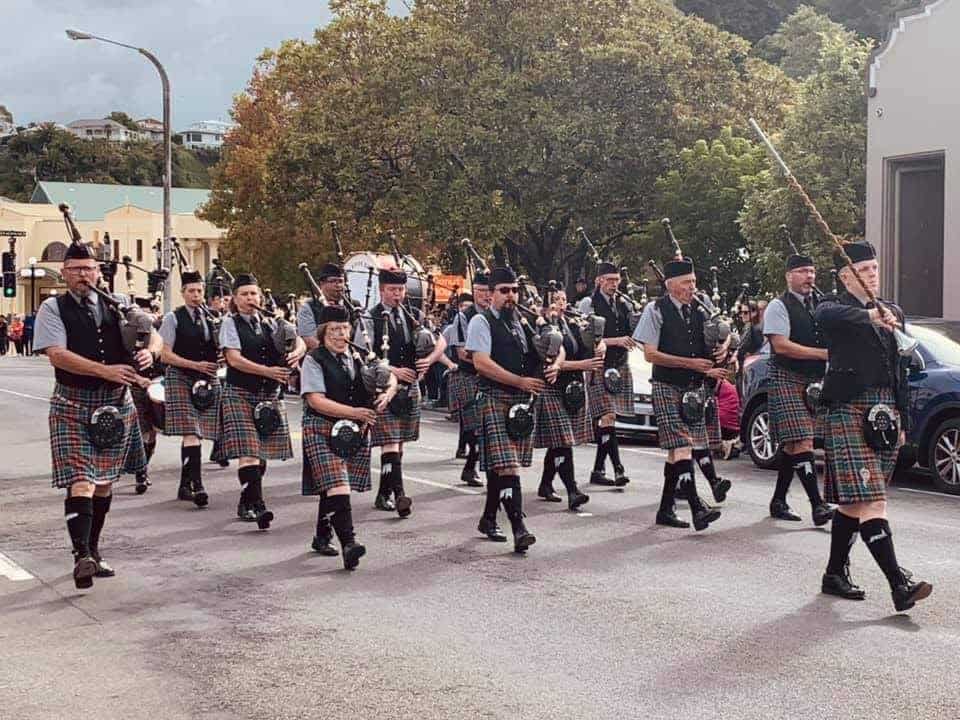 Saturday held the juvenile, grade 3, grade 2, and grade 1 competition.  The weather was much the same as the previous day, which means all bands had to cope with the same issues.  About 4pm we had to get the pipes out and help Calum with his mace flourishing.  So for the last time of the season we all put on our uniforms and helped Calam to win for another year. 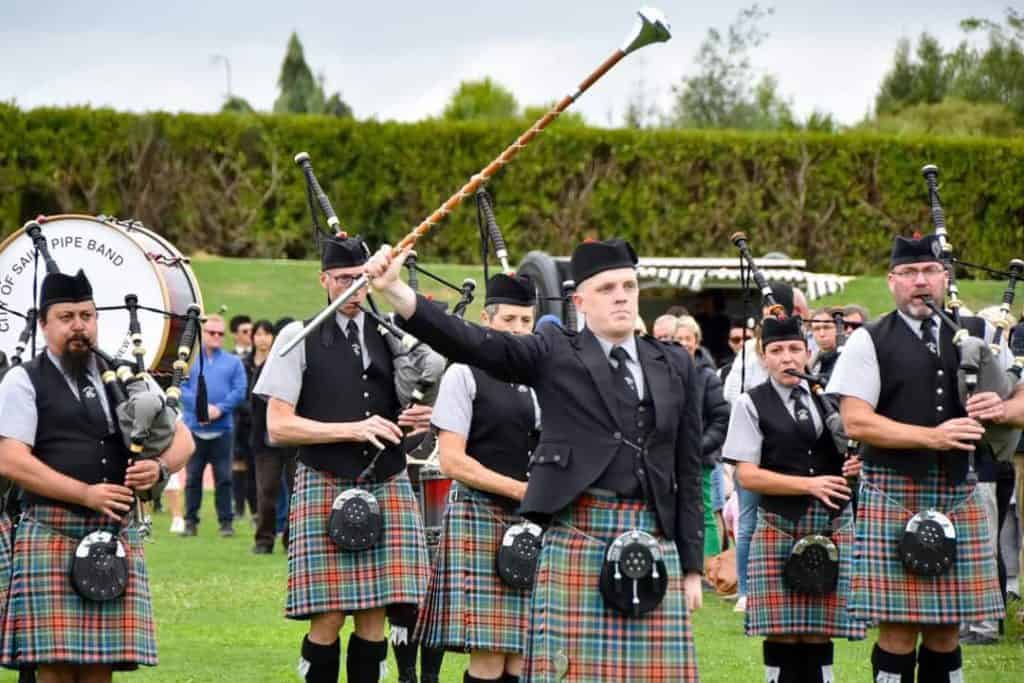 Overall the competition went very well for the band.  We had a nice relaxed time on the board, without stress we were able to perform better, and this showed in the results.  The band has a great time socially together, and is very welcoming to the new players we had for this competition.  Hats off to Michael, Addy, Hamish, and Emma who had not performed with us previously.  The band has something to strive for next year and will definitely be hungry for a higher placing when it comes to the Auckland Nationals in March next year.