Harata was born 25th December 1935 to parents Hapi Cootes and Lydia Paeumu nee Walker (Waaka).  As she was born on Christmas(Noel) she was given the middle name of Noeleen.  She was known as Noeleen for most of her life.

Noeleen was the eldest of their parents  6(*) children.  The siblings in order of age are;

Noeleen married John Reay Alexandre’ on 3rd December 1964 at the age of 28.  Noeleen was a Hotel Employee at the time working for the Alexandre’ family.  She is also listed to be living in Anakoha Pelorus Sound at this time.

She had 1 biological daughter and 2 adopted daughters.  They are in order of age;

Noeleen died on 15th February 2002 in Wairau hospital after a short illness with lung cancer when she was 66.  She is buried at Fairhall Cemetery with her husband. 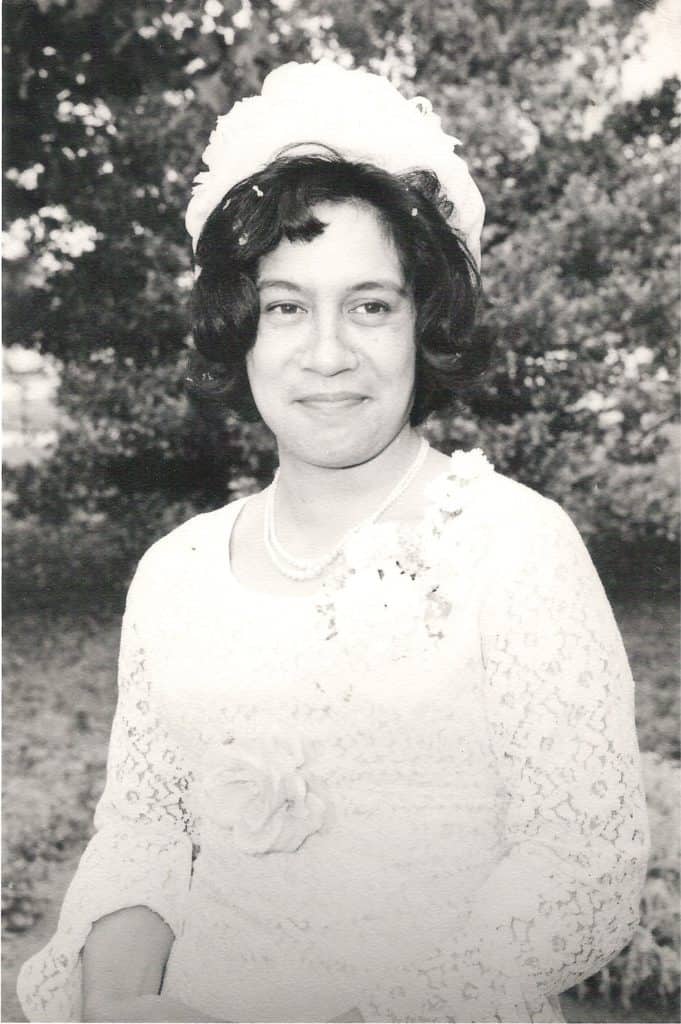 Noeleen was raised in the milling village located in Anakoha Bay, Pelorus Sound. Her father, uncles, and brothers all worked for the Saw mill at some stage.  The mill took Matai from the surroundings with a contract from the government.  The mill finished up sometime in the 1960s, when this happened the bay returned to farmland, there is not much evidence of the saw mill at all in the bay.  With an introduction of a road into the bay during the 80s, this allowed the family to return to the bay frequently over the years.

More descriptive account of the person’s family life, including any particular stories

More descriptive account of the person’s death including cause of death, burial or funeral notes and any other significant details

This has the originating sources for the information in this page